Using the domestic sewing machine to cord my wires with coloured thread became a big focus me, and greatly influenced the piece which I created for assessment in January. This technique opened up the beautiful world of colour theory to me, something which drove my ideas forward. I chose to work with the analogous harmony of purple, to red, to orange, to yellow as my colour palette. Aesthetically, these colours are also vivid and eye-catching, giving the work a more playful atmosphere as well. 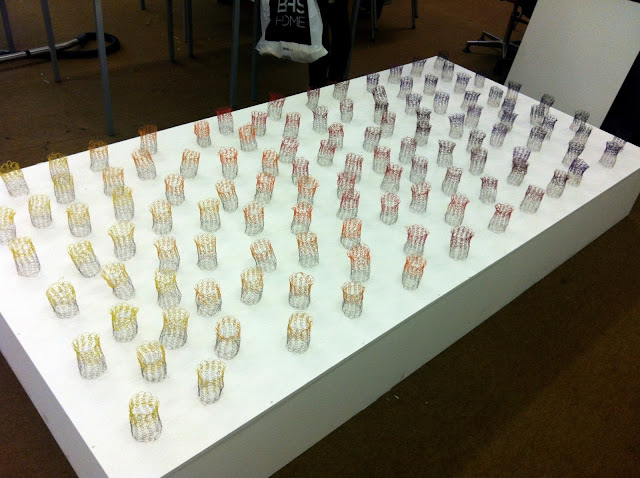 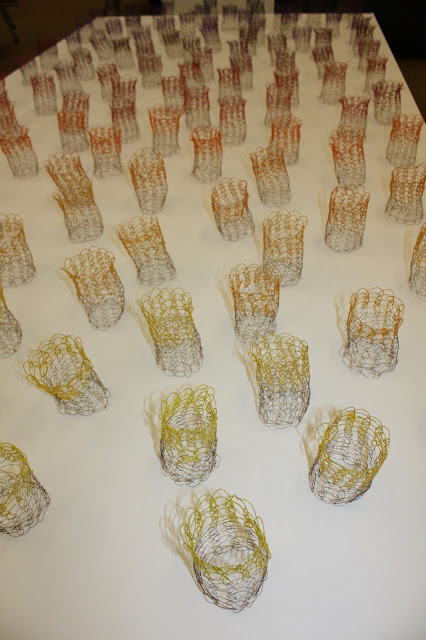 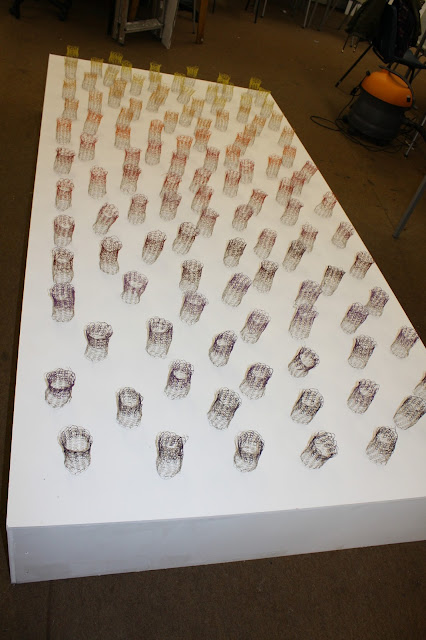 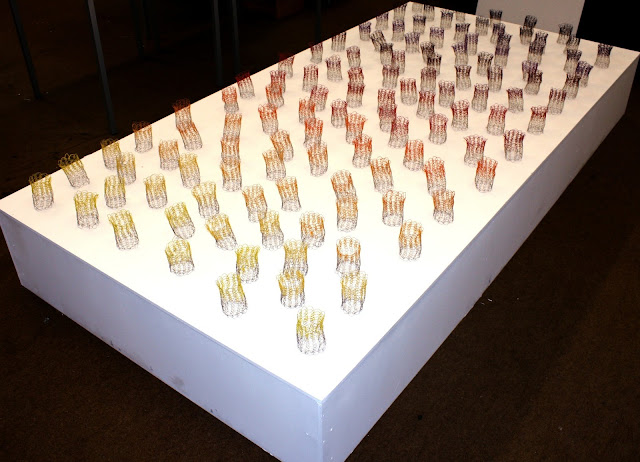 Compositional influences from the work of artists such as Anne Wilson and Marian Bijlenga, informed my decision to create multiples which would work together as a large scale piece. I looked at pattern, as well as positive and negative space. The work is intended to be viewed from above and walked around, as during experimentation it has proven to be the most interesting point from which to view the work. By leaving space in between the pieces, they interact with the table, creating some added shadow play. 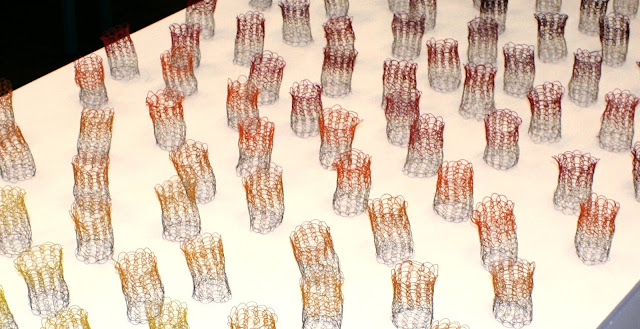 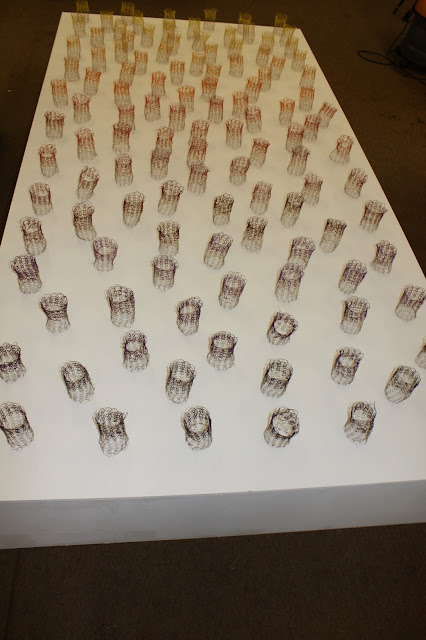 Here is a photo of some of the lovely sketchbooks I filled with my thoughts, drawings, ideas, inspirations. It really does help to just sit with a sketchbook for a while when there is too much going on in your head. In previous years I've definitely neglected my sketchbooks, which was a serious mistake, and probably due to sheer laziness. However, I have wised up and realised how important they are in helping me get it together, whether my imagination has hit a brick wall or it's overloaded with ideas, even a few scribbles can sort you out. 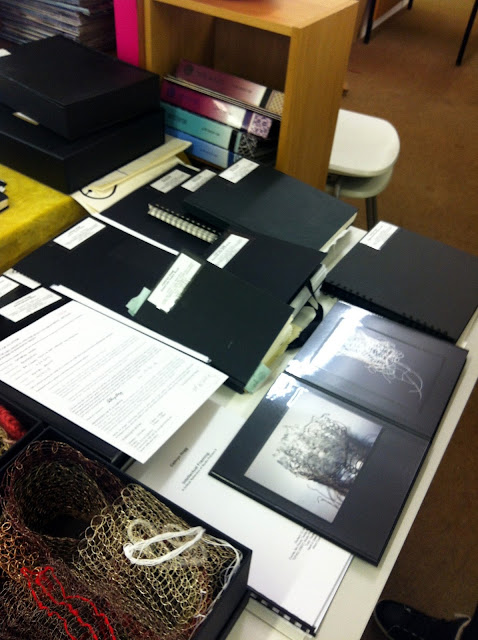